Having trouble sleeping? Moon Milk will have you rocking off and sleeping like a baby in no time.

Made with a whole load of goodness such as cashew or almond milk and laced with Ashwagandha.

There are many recipes for moon milk but I found a rather delightful concoction created by loveandoliveoil.com.

Here’s what they have to say about it.

Warm milk itself is an age-old remedy for sleeplessness, and that serves as the foundation of this bedtime beverage. I’ve also read that both nutmeg and cinnamon have a calming effect in small doses, so I figured all these ingredients together have got to do something. (Although, to be honest, you can google just about anything and “for sleep” and someone will probably have claimed it can have positive sleep benefits. So, who knows. I’m certainly no scientist and I know better than to blindly believe everything I read on the internet.)

To add to our already triple dose of calm, many recipes for moon milk call for something called ashwagandha: a plant in the nightshade family (related to the tomato) that is said to promote relaxation and healing. It’s what’s called an adaptogen: a group of natural substances that are said to modulate your body’s response to stress and balances bodily functions.

You can buy it on Amazon in powdered form. Does it really work? I figure it couldn’t hurt to try. I can’t say definitively if it was the ashwagandha or simply the soothing warm milk that is more effective, though I definitely felt more relaxed after drinking a cup, and in that respect, it’s probably more akin to a drinkable meditation than a noticeable sedative.

What is not up for argument is that this blue moon milk is downright delicious. That alone should be the reason for making it; any potential sleep-positive side effects are just the icing on the cake.

1 cup milk of your choosing (I like whole milk, cashew milk, and almond milk)

1 tablespoon maple syrup, or to taste

For directions and tips visit: https://www.loveandoliveoil.com/2018/02/blue-moon-milk.html 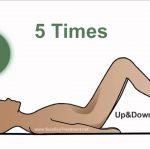 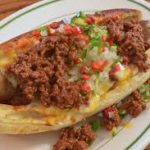 6 Foods You Should NEVER Eat Before Bedtime 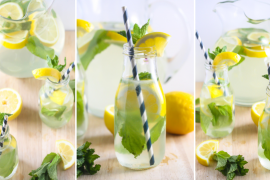 Weirdest Caffeine Craze May Be The Healthiest Way!